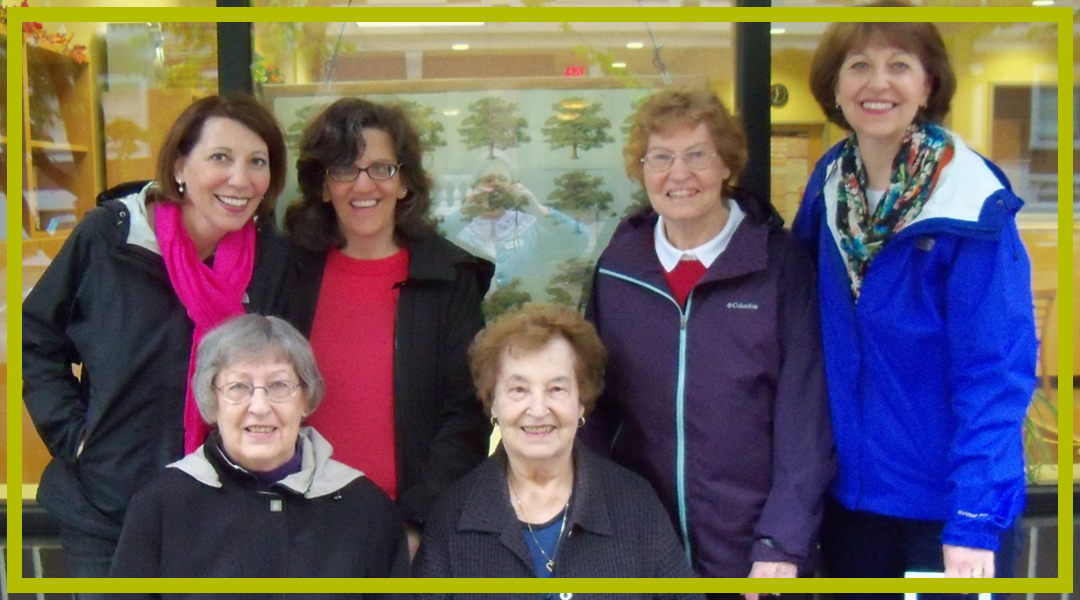 AS THE MOTHER OF SEVEN CHILDREN, Louise Piacentini was always busy in more ways than one. She loved gardening, cooking (baked goods, especially), and hosting Sunday dinners where all were welcome. Her husband John Piacentini, the founder of Portland-area convenience store chain Plaid Pantry, was equally occupied managing the business, but when they could, the couple enjoyed spending time with their friends Gerry and Barbara Pratt.

In 1980, the last of the Piacentini kids was old enough to attend school, but Louise didn’t stay idle for long. Instead, she began looking for an outlet to support the community and those less fortunate. So, when Barbara invited her along on a Meals on Wheels People delivery route, she was eager to pitch in. On that first day, Louise fell in love with the organization’s mission, and through her dedication, inspired generations of volunteering and feeding local seniors. 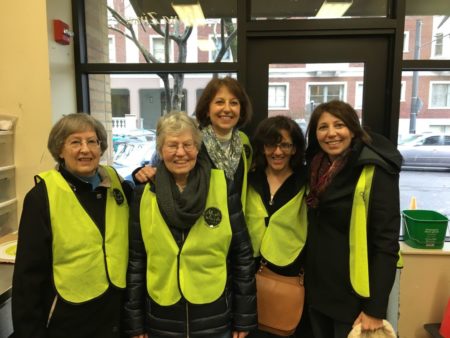 Louise Piacentini (bottom left) volunteered for 40 years and introduced generations of volunteers to the cause.

Her passion quickly became a family affair and rare were the days when she didn’t bring someone along to help out. When Louise’s sisters, Mary Ann Sacomano and Nancy Andresen retired, they joined. Louise’s niece, Karen Chalmers, has participated for more than 20 years, and Chalmer’s own sister, Kristi Schlotfeldt, and cousin, Mary Piacentini, also picked up the torch some time ago—forging a beloved family tradition. “As a service-oriented, Italian family, we thought that would be a nice thing for our family to get involved with,” explains Chalmers.

“Over the years it’s been a really wonderful thing as our kids have been growing up,” Chalmers adds. “It was important for each of us. We’ve been blessed. It’s nice to show how it’s good to give back and be kind to others.”

As the family’s matriarch, Louise set a lasting example of selflessness and devotion, highlighted by her persistent, weekly efforts delivering meals in Downtown Portland. “It was very dear to my aunt’s heart. They donated money, as well. It was her thing,” says Chalmers. “She never wanted any recognition. We don’t do it to be rewarded like that, it’s just a service in our church. My aunt had a very strong faith. She was one of those people who’s very humble.” 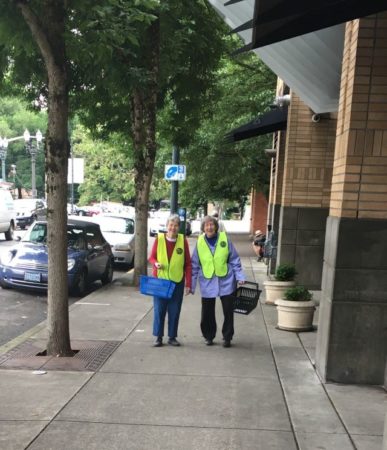 Nancy Andresen and Louise Piacentini on a route

Sadly, Louise passed away on January 16, 2019, at the age of 88. Her legacy lives on in the hearts and minds of those who were lucky enough to witness her compassion first-hand. At last year’s Stride for Seniors fundraiser at the Portland International Raceway, the Elm Court Center team was dubbed Team Louise in her honor. “It was really such a wonderful tribute to her, she’d be really proud of that,” says Chalmers. “Whatever was hers, was yours. She was just a wonderful human being. She was our glue.”

Today, members of the extended Piacentini family still deliver weekly with Meals on Wheels People. It provides them the opportunity to positively impact their community and check in on one another too. “It’s really very special. What’s nice about it is that it’s our family connection. We always go out to lunch after,” says Chalmers. “It’s a wonderful way to be of service and also a nice way for our family to be together. It would be wonderful if our family could all continue on [delivering meals].”