Over the past 50 years, Portland has seen its fair share of hardship, and yet, Meals on Wheels People’s fight against senior hunger never faltered.

When the oil embargo of 1973 skyrocketed fuel prices, the community stepped up. “We were still able to get meals to everybody even though we were driving all over the place,” says CEO Suzanne Washington. “People just sacrificed. Volunteers paid for their own gas. Funding came in, and we were able to do it.”

Another catastrophe arrived the morning of May 18, 1980, as Mount St. Helens erupted, covering the region in a thick layer of ash that created respiratory issues for citizens. And when the occasional winter storm brought the city to a grinding halt, it wasn’t uncommon for hundreds of volunteers to offer their four-wheel-drive vehicles to navigate the ice and snow. 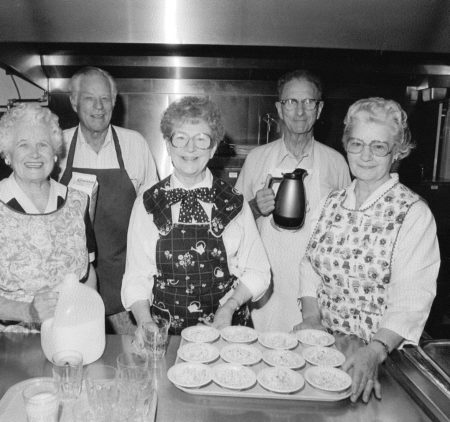 Meals on Wheels People has delivered food and community in the Portland area for half a century.

Through all of the challenges, Meals on Wheels People could always count on the compassion and determination of its staff and volunteers to get the job done. So for 2020, to celebrate a half century of support and demonstrate their gratitude, the nonprofit arranged several events, including a 50th Anniversary Gala, the Clark County Luncheon, and a Stride for Seniors fundraiser. Unfortunately, Covid-19 turned those plans upside down, and instead of honoring past accomplishments, the focus instead turned to the present and finding a way forward.

The pandemic forced Meals on Wheels People to rethink its entire way of doing business, in a very short amount of time. Not only did the demand for meals increase by thousands, but the nature of the virus also made safely delivering them a difficult undertaking. To limit exposure, deliveries were shifted to once a week. Daily deliveries are still done where needed, but less-frequent visits also mean more customization for the meals, including frozen entrees and a selection of supplemental foods, such as fresh fruit, cottage cheese, hard-boiled eggs, and longer-lasting dinner rolls.

“They really augment the meal in a way that helps feed seniors throughout the day and gives them more choice and variety,” says Washington. “It’s opened up doors to do things differently into the future, which will ultimately serve our seniors better.” 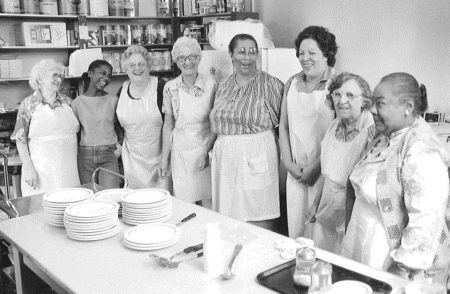 Meals on Wheels People reduces isolation for not just recipients, but also volunteers.

Reducing isolation for seniors is a pillar of Meals on Wheels People’s mission that has recently benefited from renewed energy. “We have a whole volunteer corps that has made nearly 50,000 wellness-check calls since the pandemic started, to nearly 1,000 homebound elderly,” Washington explains. “They might receive a friendly chat two or three times a week. Both the volunteers and the seniors are loving that.” Technology has been a useful tool in encouraging connections between seniors as well, with FaceTime, Zoom calls, and virtual book clubs becoming increasingly popular.

In the face of staggering doom and gloom, Meals on Wheels People has taken the silver lining and run with it. Their towering billboard on I-5 displays a positive message of hope and appreciation, and the public will soon be able to purchase a 50th anniversary commemorative bottle of wine created in partnership with Twill Cellars, with proceeds going toward feeding local seniors. And eventually, when things return to normal, The Diner Vancouver will reopen and continue feeding hungry customers for a good cause. 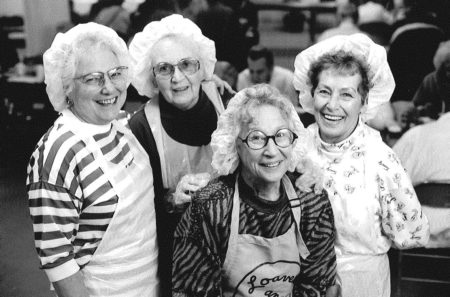 Even after 50 years, the commitment of Meals on Wheels People volunteers remains the essential ingredient for increasing food security in the Portland area.

Nearly 2,000 people signed up to volunteer for Meals on Wheels People in the first month of the pandemic. In today’s world, the hours they have dedicated over the past year translate to nearly $4 million—an astounding figure. Their commitment proves that seniors are not the last priority, and that the people of Portland are willing to take care of them when they need it the most. While people often wait up to six months for many senior nutrition programs around the country, Washington says, “the most amazing accomplishment overall, through all the various things that have happened over the 50 years, is the organization’s ability to never put anybody on a wait list, and always be able to serve them within a couple days to meet their needs.”