Sugary Sweet and Something to Eat | Meals on Wheels People 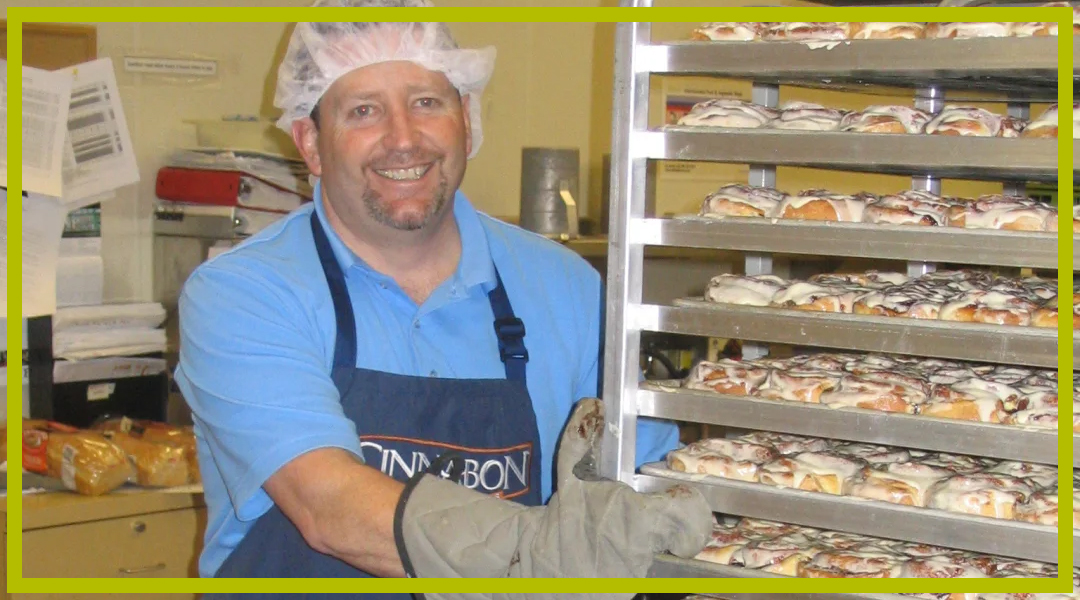 In 1989, businessman Steve Foltz refinanced his house to purchase his first Cinnabon franchise in Portland. More than three decades later, he and his partners own 27 stores across Oregon and Southwest Washington, including 23 Jamba Juice locations, 3 Cinnabons and a Seattle’s Best Coffee establishment. You could say Foltz knows a thing or two about feeding people.

He deeply appreciates the importance of family, too, and was drawn to Meals on Wheels People’s mission of supporting seniors early in his career. “I have five sisters, and they all probably live within 20 minutes of my parents,” Foltz explains. “It’s a big deal to them that I live 45 minutes away, but I’m still pretty close. People have moved all over the country and see their parents maybe twice or four times a year. There are so many seniors out there right now that just don’t have anybody.”

It all started in the late ’90s with a phone call to his Cinnabon shop in Lloyd Center. The Meals on Wheels People Hollywood Center had started a fundraiser called Valentine-A-Gram, where a box of two cinnamon rolls would be sold for $4.99, and the proceeds would then boost the nonprofit’s efforts. The only problem was, the popularity of the promotion had outgrown the organization’s ability to bake enough sweet treats—so Foltz and his crew stepped in to help meet the demand. 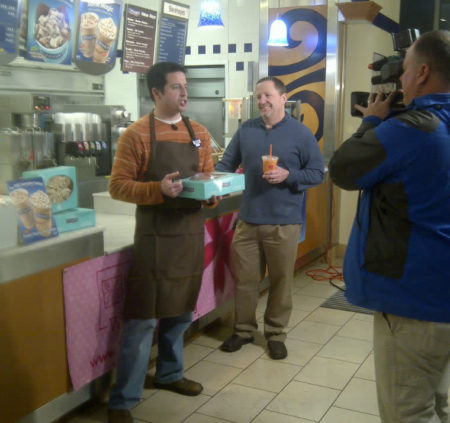 Making a difference from one of Foltz’s Cinnabon franchises

“It might have been 200 boxes, so 400 rolls. It wasn’t a lot,” he says. “When people found out it was Cinnabon, they got excited.” Valentine-A-Grams could be ordered to be delivered on Valentine’s Day, just in time for the morning coffee break. Volunteers delivered Valentine-A-Grams just like they delivered meals.

Soon, he had all three of his bakeries cranking out thousands of cinnamon rolls. Eventually, they had to transfer the operation to the rolling convection ovens in Meals on Wheels People’s Multnomah headquarters kitchen, where they could produce 8,000 pastries a day. Foltz also began to use his connections in the industry to expand the packages with bags of coffee, tumblers, and even Moonstruck Chocolates. “We put the resources we could into Valentine-A-Gram, including providing the volunteers, doing assembly lines to put the boxes together, and calling in favors to get donations,” he says.

It wasn’t always hearts and roses; in February, love may be in the air, but the weather can be downright hateful, and logistics were certainly a challenge. Oftentimes the volunteers who delivered the Valentine-A-Grams had to turn right around to go out and deliver Meals on Wheels. Though Valentine-A-Gram has since been retired, it raised upward of $1.2 million over the course of its existence.

With gifts large and small, Foltz is still an active contributor for Meals on Wheels People. He recently sponsored a team at their annual Stride for Seniors Charity Walk and committed $25,000 to the virtual 50th Anniversary Gala. Sometimes he pitches in gift cards for volunteers, supplies smoothies or cinnamon rolls to cookouts, and sells coupon books to help earn money for one of Meals on Wheels People’s fundraisers: Donate Dinner. Jamba Juice is a big sponsor with the Trail Blazers, and Foltz donates one of his in-arena activations every season as well. 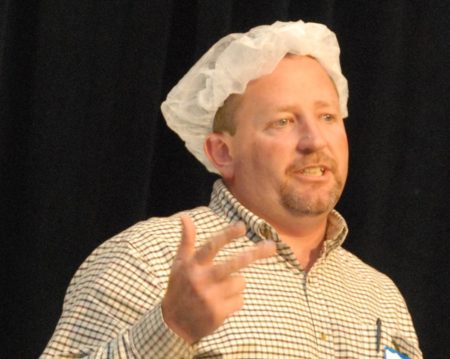 “Everything on the reader board and across the screen is Meals on Wheels People,” Foltz says. “Each year at halftime, I present a large check to Meals on Wheels People for the total amount we raised during the year. We do it so that they can get the exposure to the fans that are at the NBA game. That has been really fun. They get a good response and great visibility from it.”

Foltz has been a member of the Meals on Wheels People board’s fundraising and development committee since 2011, and one of his favorite parts of the role is making thank-you calls to donors during the holidays. It’s all about giving back to the community and making seniors a priority, he says: “I always feel like the elders ahead of us laid the groundwork. When you meet these people, every one of them has a unique story that tugs at your heartstrings. It’s like, man, as a society, we need to make sure they are treated better, with the dignity and respect they deserve.”